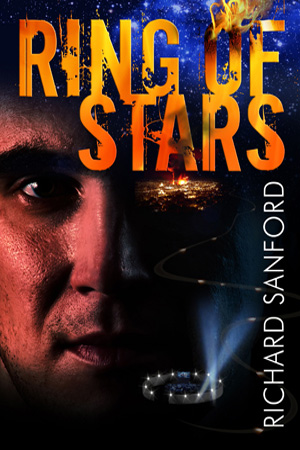 The time is the near future, a few years out. Every state has an active secessionist group. Walker Beale, marketing executive at computer games company Xynapse, struggles with the outsourcing of the company's core—the Games Division, including his best friend. Violence, factional and random, is droning from the media. Walker, known in his circle to be a little off center, a bit too keen, feels it all howling through him like a wild wind.

Under the Nevada night sky he receives a signal from a time far back in his Carolina childhood. He will leave Xynapse and build out a space—a circular wall bejeweled with mica and glass and shards of mirror from the old MGM Grand, a circle of power for eight hundred cars, a classic drive-in theater—and with it, a rescue of a time.

In his battle for a place apart, beyond the assassins of the imagination, in the hungry center of himself, Walker puts everyone dearest to him in jeopardy and sets a collision course with the forces of his time.

As darkness falls and the white fusillade of light hits the screen of the Ring of Stars, the country is speeding away from him into civil war.

Richard Sanford has the ability to paint visions of a future many of us fear in dreams and one that daily comes closer to reality... While Sanford's story is one of those novels that comfortably consumes readers, it is more than a well-crafted novel. Sanford has provided a huge dollop of nostalgia—as well as a vision or a hope or evidence—that courage in the presence of potential annihilation is possible, if only a few stand against terror.

Ring of Stars is the visionary and entertaining story of one man's response to events in a dark American future. In this prescient novel, things are falling apart fast. Violent confrontations, imminent secessions, government crackdowns, assassinations, riots, and incipient civil war are all part of the deteriorating cultural landscape of the United States.

Stephen Billias, author of The American Book of the Dead